Register to take advantage of tailored shopping experience and other benefits 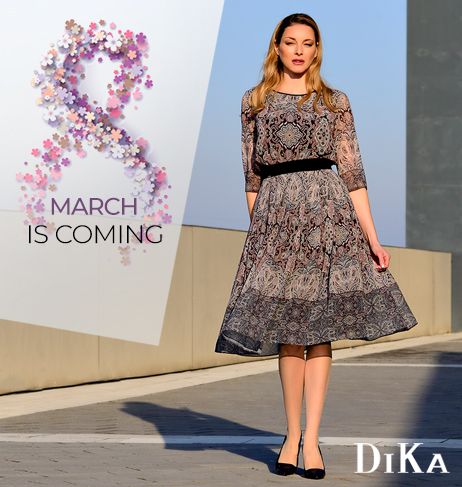 Approaching the most feminine month

Did you know that over the centuries, women have been subjected to various restrictions and prohibitions related to clothing? Here are some of them:

In the 16th century, thick waists were officially banned in the French royal court, and every lady had to wear a very tight corset!

It was not until the 1800s that women were given the right to have pockets on their dresses, according to British sources.

At the end of the 19th century, women were obliged to cover every part of their body - dresses started from just below the chin and hemlines reached the ankle.

In 1919, a woman in Puerto Rico was imprisoned because she wore pants and proclaimed the idea that women and men should have equal rights, and in 1942 in the US there was a rule that the length of the skirt should not be more than 17 inches above the floor!

The woman today has the freedom to choose to wear everything she likes and wants and that fits her style and preferences.

With the onset of the most feminine month of the year, we invite you to open your hearts and wardrobes to the new and beautiful and to be brave to manifest your style and individuality. For more inspiration - click here!